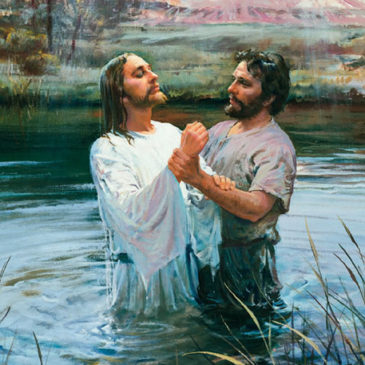 14 King Herod heard about this, for Jesus’ name had become well known. Some were saying,[a] “John the Baptist has been raised from the dead, and that is why miraculous powers are at work in him.”

And still others claimed, “He is a prophet, like one of the prophets of long ago.”

16 But when Herod heard this, he said, “John, whom I beheaded, has been raised from the dead!”

17 For Herod himself had given orders to have John arrested, and he had him bound and put in prison. He did this because of Herodias, his brother Philip’s wife, whom he had married. 18 For John had been saying to Herod, “It is not lawful for you to have your brother’s wife.” 19 So Herodias nursed a grudge against John and wanted to kill him. But she was not able to, 20 because Herod feared John and protected him, knowing him to be a righteous and holy man. When Herod heard John, he was greatly puzzled[b]; yet he liked to listen to him.

21 Finally the opportune time came. On his birthday Herod gave a banquet for his high officials and military commanders and the leading men of Galilee. 22 When the daughter of[c] Herodias came in and danced, she pleased Herod and his dinner guests.

The king said to the girl, “Ask me for anything you want, and I’ll give it to you.” 23 And he promised her with an oath, “Whatever you ask I will give you, up to half my kingdom.”

“The head of John the Baptist,” she answered.

25 At once the girl hurried in to the king with the request: “I want you to give me right now the head of John the Baptist on a platter.”

26 The king was greatly distressed, but because of his oaths and his dinner guests, he did not want to refuse her. 27 So he immediately sent an executioner with orders to bring John’s head. The man went, beheaded John in the prison, 28 and brought back his head on a platter. He presented it to the girl, and she gave it to her mother. 29 On hearing of this, John’s disciples came and took his body and laid it in a tomb.