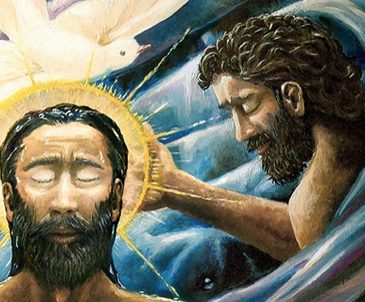 3 “I will send my messenger, who will prepare the way before me. Then suddenly the Lord you are seeking will come to his temple; the messenger of the covenant, whom you desire, will come,” says the LordAlmighty.

2 But who can endure the day of his coming? Who can stand when he appears? For he will be like a refiner’s fire or a launderer’s soap. 3 He will sit as a refiner and purifier of silver; he will purify the Levites and refine them like gold and silver. Then the Lord will have men who will bring offerings in righteousness, 4 and the offerings of Judah and Jerusalem will be acceptable to the Lord, as in days gone by, as in former years.

5 “So I will come to put you on trial. I will be quick to testify against sorcerers, adulterers and perjurers, against those who defraud laborers of their wages, who oppress the widows and the fatherless, and deprive the foreigners among you of justice, but do not fear me,” says the LordAlmighty.

6 “I the Lord do not change. So you, the descendants of Jacob, are not destroyed. 7 Ever since the time of your ancestors you have turned awayfrom my decrees and have not kept them. Return to me, and I will return to you,” says the Lord Almighty.

The Birth of John the Baptist

57 When it was time for Elizabeth to have her baby, she gave birth to a son. 58 Her neighbors and relatives heard that the Lord had shown her great mercy, and they shared her joy.

59 On the eighth day they came to circumcise the child, and they were going to name him after his father Zechariah, 60 but his mother spoke up and said, “No! He is to be called John.”

61 They said to her, “There is no one among your relatives who has that name.”

62 Then they made signs to his father, to find out what he would like to name the child. 63 He asked for a writing tablet, and to everyone’s astonishment he wrote, “His name is John.” 64 Immediately his mouth was opened and his tongue set free, and he began to speak, praising God. 65 All the neighbors were filled with awe, and throughout the hill country of Judea people were talking about all these things. 66 Everyone who heard this wondered about it, asking, “What then is this child going to be?” For the Lord’s hand was with him.

67 His father Zechariah was filled with the Holy Spirit and prophesied:

68 “Praise be to the Lord, the God of Israel,
because he has come to his people and redeemed them.
69 He has raised up a horn[a] of salvation for us
in the house of his servant David
70 (as he said through his holy prophets of long ago),
71 salvation from our enemies
and from the hand of all who hate us—
72 to show mercy to our ancestors
and to remember his holy covenant,
73     the oath he swore to our father Abraham:
74 to rescue us from the hand of our enemies,
and to enable us to serve him without fear
75     in holiness and righteousness before him all our days.

76 And you, my child, will be called a prophet of the Most High;
for you will go on before the Lord to prepare the way for him,
77 to give his people the knowledge of salvation
through the forgiveness of their sins,
78 because of the tender mercy of our God,
by which the rising sun will come to us from heaven
79 to shine on those living in darkness
and in the shadow of death,
to guide our feet into the path of peace.”

80 And the child grew and became strong in spirit[b]; and he lived in the wilderness until he appeared publicly to Israel.